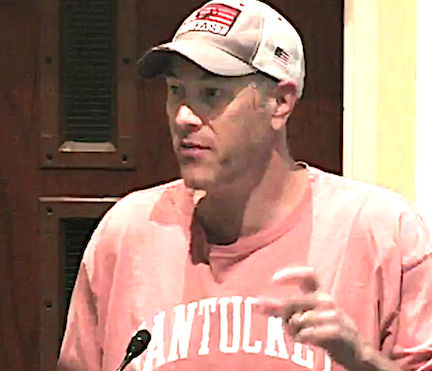 WESTPORT — Parking downtown — a decades-old issue for businesses and customers alike — proved a flashpoint between two cultural institutions at Wednesday’s  meeting of the Board of Selectwomen.

Controversy erupted as the selectwomen reviewed a seemingly routine request by Remarkable Theater officials for approval to use the town-owned parking lot at 50 Imperial Ave. for “Phase 2” of the theater’s drive-in movie screenings from July 1 through Nov. 30.

Members of the Remarkable Theater board — three in person and one in a written statement — told the selectwomen they are frustrated by disagreements with officials of the Levitt Pavilion for the Performing Arts over shared use of the parking lot.

“We want to have a better understanding of why we can’t both co-exist,” Remarkable Theater board member David Waldman told the selectwomen. “It seems like we’re somewhat bullied by the Levitt and their use of the parking lot.”

“It has been punishing and painful, and I feel like we have been bullied by the Levitt,” agreed Stacie Curran, also a member of the Remarkable board. “If I ran a theater on Broadway and I wanted to be the only theater on Broadway … or the only restaurant in town. … It doesn’t work that way.”

The board members also told the selectmen they had heard from their donors and others that the Levitt’s management has been complaining about the theater group’s use of the lot.

According to Waldman, the Levitt management’s delay in providing the pavilion’s schedule of summer performances has hampered the theater’s ability to plan movie screenings that don’t interfere with Levitt programming, thus avoiding conflict between both groups’ need to use the parking lot.

He said Levitt officials have been “playing games” with their schedule, and “It caused us a lot of financial harm.” He hinted the theater — which employs disabled staff, with the goal of opening a permanent theater — may have to halt operations if the Levitt continues to limit its ability to schedule outdoor movie screenings at the Imperial lot.

Although there was no one representing the Levitt Pavilion in an official capacity at the selectwomen’s meeting, a woman in the audience got into a shouting match with Waldman.

When Selectwoman Candice Savin said she had been unaware of the conflict between the two groups, the woman in the audience, apparently from the Levitt, said, “We can speak about this in a meeting.”

“We’d like to talk about this in a public meeting, though,” Waldman retorted. “It’s not about a private meeting … I’d love you to get up and tell why your schedule is so late.”

No one from the Levitt Pavilion responded to a request for an official comment left on its administration’s voicemail.

At that point, Selectwoman Andrea Moore intervened, attempting to calm the tension. “We’ve heard what you’ve said, and thank you for coming and voicing your concerns,” she said, noting that the agenda item addressed only the Remarkable Theater’s request to use the parking lot for the rest of its season.

The Board of Selectwomen then voted unanimously to approve the Remarkable Theater’s application.

Earlier in the meeting, the selectwomen responded to a statement by Curran, suggesting they had not given sufficient support for the Remarkable Theater’s mission to employ people with disabilities.

“We have spent many hours talking about these issues and trying to come together and work out dates that work for everybody,” Moore said. “This is not something that has been ignored by the selectwomen’s office We have worked hard to try to manage this situation.”

“We want all our institutions to thrive,” First Selectwoman Jennifer Tooker added.